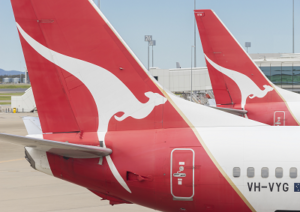 Australian carrier Qantas Airways committed to producing net zero emissions by 2050 on Monday, becoming the latest in the travel industry to make a similar pledge.

Additionally, the airline vowed to cap net emissions in 2020 by offsetting them, promising that its domestic routes like Melbourne to Sydney will be carbon neutral. The longest nonstop flight in the world — 19 hours and 16 minutes from New York to Sydney, which the airline successfully tested last month — would be included in the pledge.

“We [recognize] that airlines have a responsibility to cut emissions and combat climate change. We’ve already made some good progress, especially by investing in newer aircraft that have a much smaller carbon footprint,” Qantas Group CEO Alan Joyce said in a statement. “We want to do more, and faster.”

Joyce added that while “concerns about emissions and climate change are real,” it’s important to recognize the benefits of air travel as well.

In order to do this, Qantas will match every dollar spent by customers who pledge to fly carbon neutral, doubling the number of flights offset and investing in their Qantas Future Planet initiative. The program uses carbon credits to invest in projects like protecting the Great Barrier Reef.

Currently, Qantas said about 10 percent of its customers who book flights through Qantas.com choose to offset their flights, and the airline said it operates the largest carbon offset program in the industry.

“These short-term actions will go towards a longer-term goal of being completely net carbon neutral by 2050. It’s ambitious, but achievable,” Joyce said. “Innovation is going to be key.”

Looking toward the future, the airline said it will invest AUD $50 million (or about $34.3 million) to develop sustainable aviation fuel, which the airline said is pricey but can reduce carbon emissions by 80 percent when compared to traditional jet fuel.

Qantas joins Air France and British Airways in their commitment to counteracting climate change, as the two carriers said they would offset emissions on domestic flights from 2020, Reuters reported. The Qantas announcement also follows last week’s pledge by Switzerland-based MSC Cruises that all of their voyages will be carbon neutral by next year.